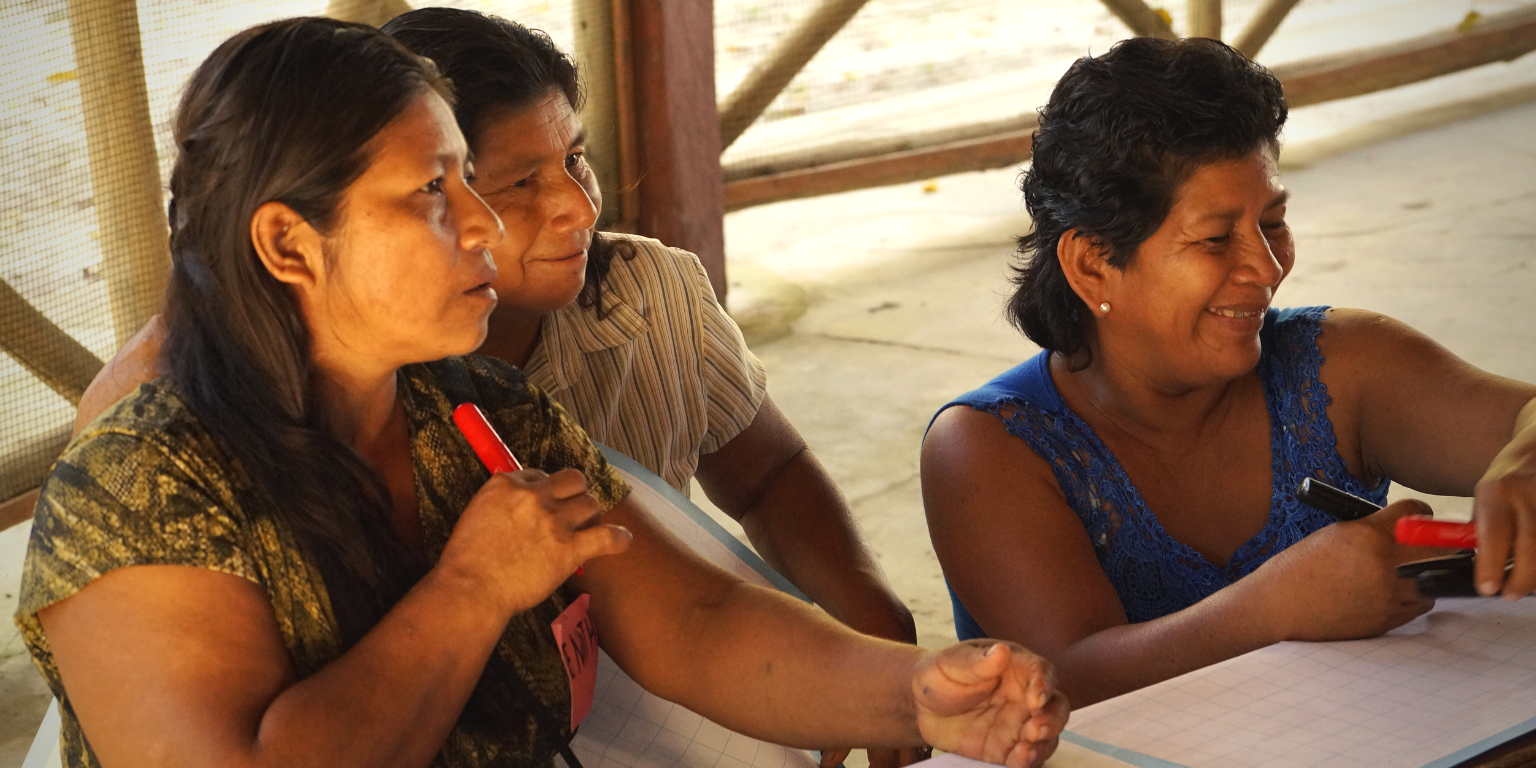 Health and healthcare for women in the Peruvian Amazon reflects much of what life looks for women in rural, isolated communities around the world.  There is little in the way of organized medical services, few doctors, scarce resources and limited access to diagnostic tests, medications and therapeutic interventions. The Loreto department is the largest and most northern in Peru. Although in size it covers nearly one third of the nation’s territory, it is one of the least populated.  The population is estimated to be just under 1 million, most of whom are indigenous peoples, and 70% live in poverty. Although nearly everyone speaks Spanish, many local indigenous dialects are spoken.

The Peruvian health care system is decentralized, administered by 5 separate entities including the Ministry of Health, EsSalud, the Armed Forces, the National Police and the private sector. There is little coordination or cooperation amongst the agencies. The Loreto region has one of the lowest levels of health care services and workers. Barriers to medical care include large geographic distances of rural communities from health centers, very scarce resources and facilities, a limited number of providers for a large community, cultural taboos and lack of adequate health education.

The number one cause of death for women in the Amazon is cervical cancer, almost 1000 cases diagnosed last year.   The age-adjusted incidence of cervical cancer in Peru is about 34.5 per 100,000 women, much higher than the 24.1 percent in the rest of South America. Screening with PAP smears for women aged 25-59 has been the standard recommendation of the Peruvian national health guidelines. However fewer than half of eligible women actually present for examination, there are problems with correct pathologic diagnosis, and lack of follow-up of women who screen positive, all of which contribute to higher rates of death from cervical cancer. More recently primary prevention with HPV vaccine has been shown to be feasible in limited studies and there are efforts underway to expand this approach for the younger generation. Once again difficult geographic access to rural areas in the jungle, and cultural issues are obstacles to full implementation. For women who are already sexually active and for whom primary vaccine prevention is not appropriate, the challenges for diagnosis and treatment remain formidable. (Abuelo C et al. The Peru Cervical Cancer Screening Study (PERCAPS): The Design and Implementation of a Mother/Daughter Screen, Treat, and Vaccinate Program in the Peruvian Jungle. (J Community Health. 2014 Jun; 39(3): 409–415.) 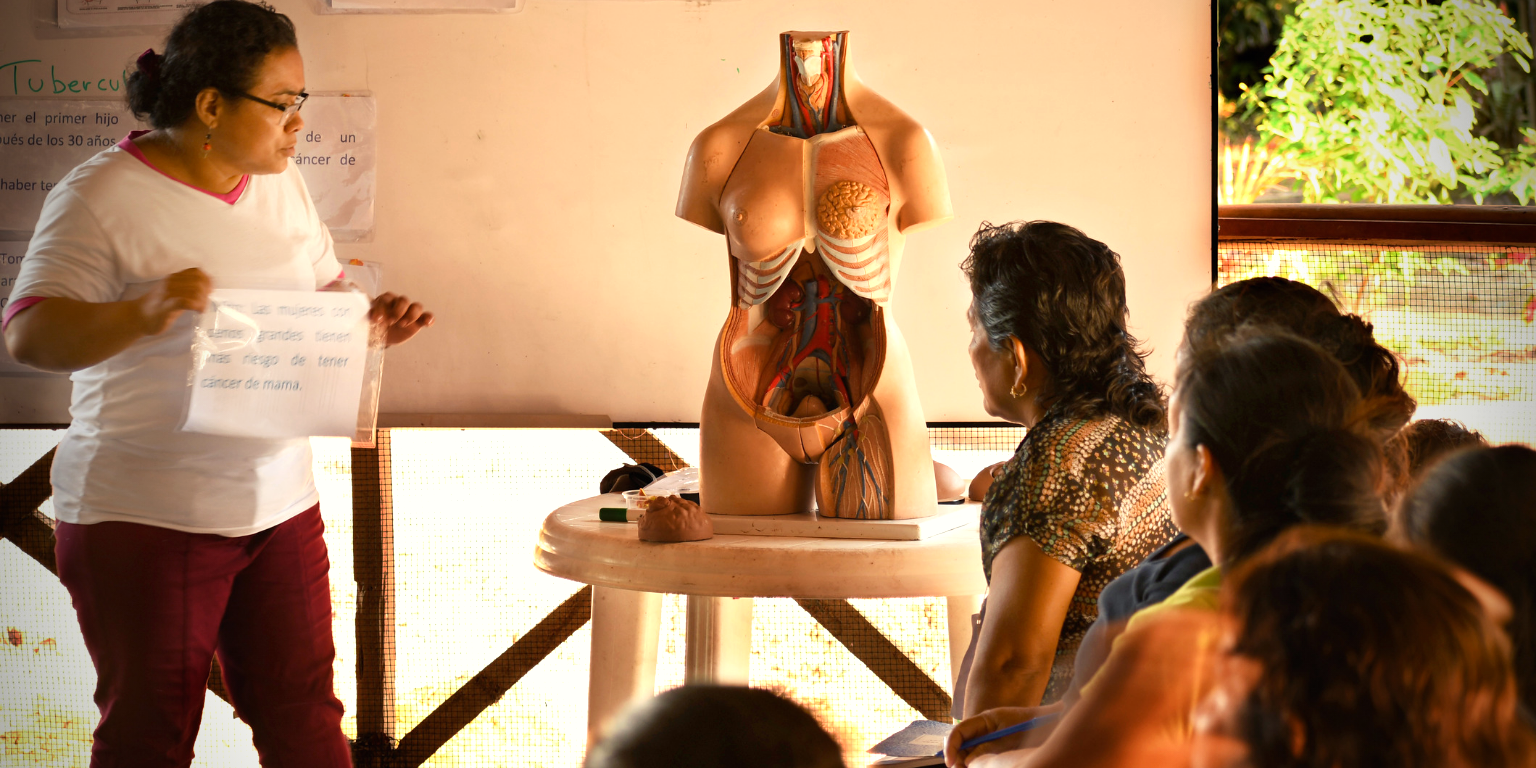 Breast cancer is the second leading cancer cause of death for women in Peru. With a national population of 30 million people, there are about 4,000 new breast cancer diagnoses and 1200 deaths per year.  In the Loreto region about 400 cases were diagnosed last year.  Most women present with locally advanced or metastatic disease. There is no organized screening program but efforts to educate women about clinical presentation, development of community-based programs to train volunteers as patient advisors and navigators are making inroads. Empowerment and information is key.

Minga Peru, a non-profit organization committed to helping women in the Amazon has been working in the region for the more than 20 years. “Bienvenida Salud” (“Welcome Health”) is a radio program broadcast 3x/week, based on topics generated from listener letters. In more than 3000 episodes to date issues such as domestic violence, HIV/AIDS, the value of gender equality, human rights, and bio-cultural preservation have been addressed in Spanish along with local indigenous dialects. In addition, the most active radio listeners are invited to attend three years of progressive training at Tambo Minga in order to become “promotoras” or community leaders, sharing skills and knowledge and in turn training others in issues for social change. So far more than 1200 women from 50 different rural communities have become “promotoras” – with many hundreds going on to become teachers, government officials, and nature reserve staff. 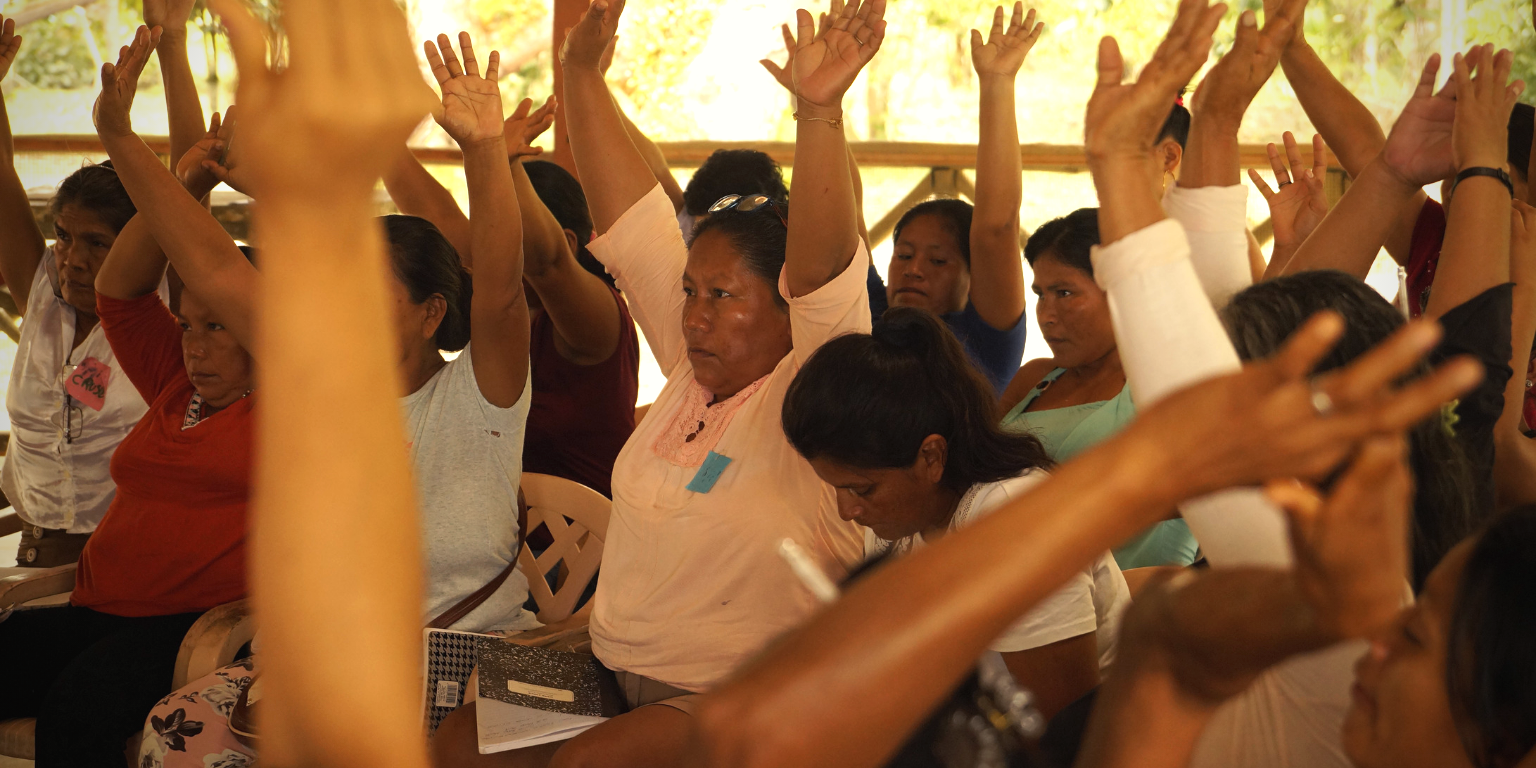 Minga Peru’s programs have had a measurable impact on the local communities.  A most touching moment occurred during my attendance at a training session in Tambo Minga. Marcelly, 33 years old, has been in Tambo Minga training for 1 year. She has attended 3 workshops, completed high school and is particularly interested in health education. Marcelly travels 10 hours on a small riverboat to get to the Tambo center from her community of Nuevo Mundo in the Amazon. She recounted how her aunt had not been feeling well and told Marcelly about her symptoms. Because of her training and the information on the radio show “Bienvenida Salud”, Marcelly recognized that this could be cervical cancer, the number 1 cause of death for women in the Amazon.  Last year almost 1000 cases were diagnosed. Most often the disease is far advanced and treatment is not successful. But Marcelly realized that her aunt needed prompt medical attention and pushed her to go for diagnosis and treatment. Her aunt had an early-stage disease and will be ok. “You saved her life”, I told her. With tears welling up in her eyes, she changed the topic away from herself to her work with Minga Peru, conserving natural resources. “I love the beauty of this place and am working on a productivity project with planting more trees for my community. The plants and trees make the oxygen that we all need to breathe.”

This is the voice of Minga Peru. Women coming together to help one another.

Dr. Oratz is a leader of modern medicine with 30 years of experience in the oncological field in the fight against breast cancer. Apart from assisting and developing treatments for patients, Dr. Oratz is also a Professor of Clinical Medicine at the New York University School of Medicine and is on the Faculty of NYU Langone Health. She serves as Minga Peru’s health advisor for the Women Cancer Program and we are grateful to her for writing this article and becoming an amazing source of professional support empowering women in the Peruvian Amazon.

You can also empower Amazonian women to allow them to create long-lasting changes in their communities.