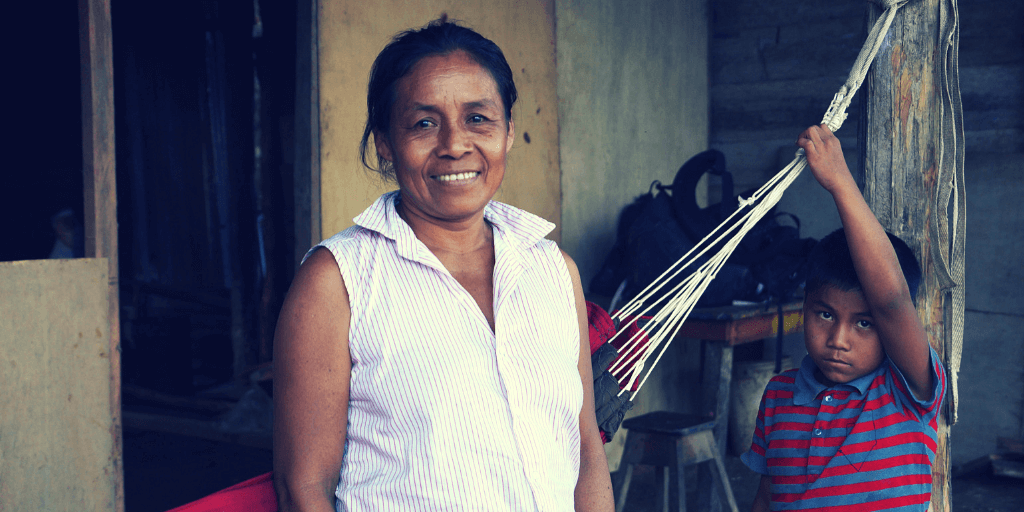 Mari Luz Yaicate Ahuanari is a woman from the community of 9 de Octubre in the Peruvian Amazon.  She and her partner had been living in the community for a long time when she noticed serious coexistence problems amongst families in the community:  she observed that many young couples were mistreating each other, they were screaming in the street and the community overflowed with gossip of drunken husbands.  To Mari Luz, this seemed unpleasant and unhealthy for her community.

Even though Mari Luz had serious concerns, she did not dare to intervene in the private lives of 9 de Octubre community members.  At that point, she was embarrassed to participate in community meetings because the idea of speaking before a large audience intimidated her.  She felt that her ideas would be questioned and rejected and, as she had seen what happened to other women, she did not dare try.

She did not feel comfortable with the situation in her home either.  Although she and her partner worked together on a farm, he did not help her at all with the chores of the house.  After a long day of work, they would come home and he would rest in a hammock while she struggled to complete all of the household chores.  The next day she would have to get up and work at the farm. She had no rest!

Both at home and in the community, Mari Luz did not feel supported.  She had to face all these problems alone. Until one day, Minga Peru arrived in her community.  After listening to the other women of the community talk about Minga, Mari Luz was encouraged to attend Minga’s empowerment workshops to become a community leader (promotora).  In these workshops, she received information about important issues such as the prevention of endemic diseases, communication at home, human rights, and environmental stewardship, among others, and she was given tools to participate actively in her community.  This new knowledge made her feel truly empowered.

At Minga’s workshops, she felt her ideas were valued and she began to notice the problems in her life: she finally understood it was not okay for her partner to leave all the work at home when they both had the same work day at the farm, and that it was not fair that women’s opinions should be left aside in the community assemblies, and that she had the right to express her concerns regarding domestic violence happening in the community.  By attending the workshops, Mari Luz learned to take command of her life, and take action towards supporting her community. 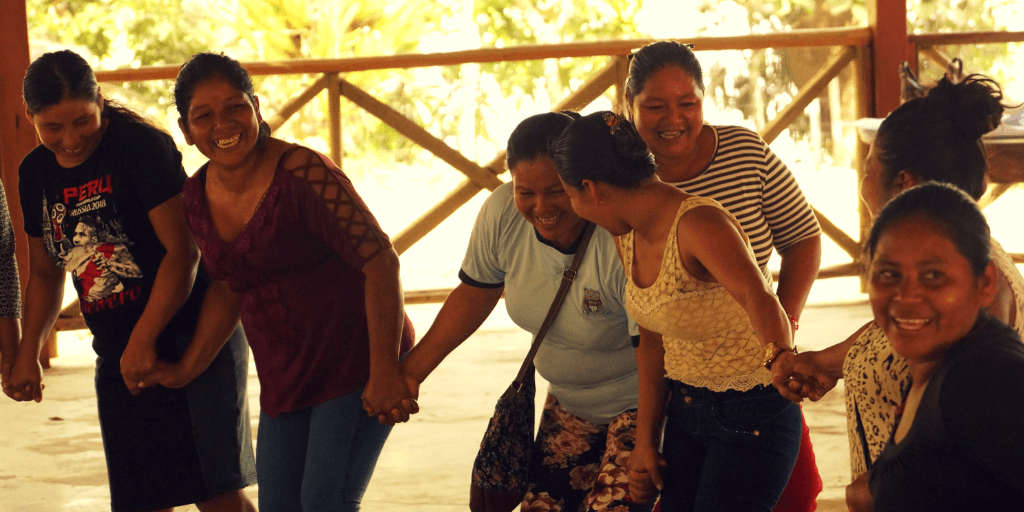 Eventually, Mari Luz gained confidence and became a speaker at community assemblies.  She talked about the problems of violence and alcohol that she saw in the community and she let everyone know that this was not right.  She told them that she had learned the value of dialogue, how to discuss and understand others, and its importance when reaching agreements. It took a lot of courage to speak like that in public, but Mari Luz was determined to help the women in her community.  Mari Luz never regretted speaking her opinions in a public forum because she began to see her community change and the domestic violence disappear.

Mari Luz took those same teachings to her home.  She finally found the strength to ask her husband to help with the house chores and, while at first, he became bitter, little by little with communication they managed to reach agreements to take care of the chores together.  She even convinced her husband to go to Minga’s workshops too, which helped him understand his wife and improved their relationship by leaps and bounds.

Today, Mari Luz and her partner have formed a stronger bond as a family with their children. Her community has become a pleasant place, where she can raise her children with ease since she continues to work to keep families away from violence.

“I feel calmer now because violence in my community has diminished, and my children are no longer exposed to seeing couples fight out there. My husband and I have a better relationship and share tasks at home. It is important to let men see that not only women have to do things in the kitchen, but men too”

Community leaders, like Mari Luz, are women who are creating a social impact in the Amazon by actively participating and assuming leadership roles in their own communities.  Just as Mari Luz advises women in her community, other women community leaders have built their own networks, where they share the same topics they learned in Minga’s workshops.  To date, Minga has successfully trained more than 1,200 community leaders.

You can provide support to additional Amazonian women to empower them and create long-lasting changes in their communities by donating to Minga Peru today.

We are thankful to The Ashmore Foundation, Empower and Friends of Minga Peru for their continuous support.